History of the Burge Club

Aboriginal settlement on Burge lands existed thousands of years ago. The artifact collection displayed in the main house shows a variety of knife points, tools, projectile points, and other implements dating from 8000 B.C. TO about A.D. 1000. Most of these were found in one area of the farm, along a creek, suggesting a hunting camp site which may have evolved into a small semi-permanent village occupied by transient tribes.
1809 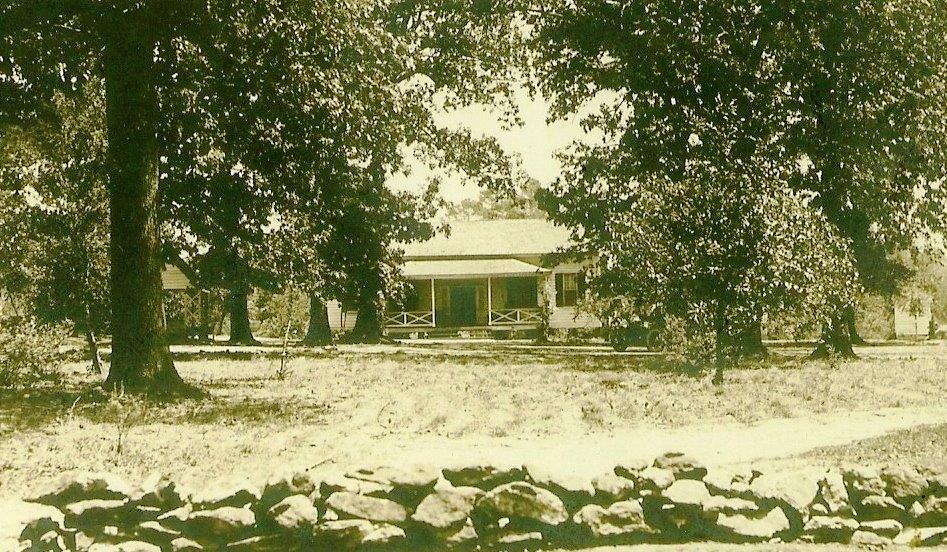 When Wiley Burge purchased the first 202 acre land lot in 1809, the Native American settlement along the creek was long gone, and Burge began its farming years. The first house on the property is believed to have been built near the aboriginal settlement site by Wiley Burge and was gone by the 1840’s, leaving only the old family graveyard nearby. Wiley’s son Thomas inherited the land from his father, and added significantly to it in the 1830’s, 40’s, and 50’s. In the 1830’s Thomas Burge built a house for his family on the site of the current family home. In 1848 Thomas Burge’s wife Mary died, leaving him a widower with five children. In 1850 he married Dolly Lunt Lewis, a widowed schoolteacher originally from Maine who was teaching in Madison, Georgia, and brought her to Burge to share in managing the farm and to be a mother to his children.
1848 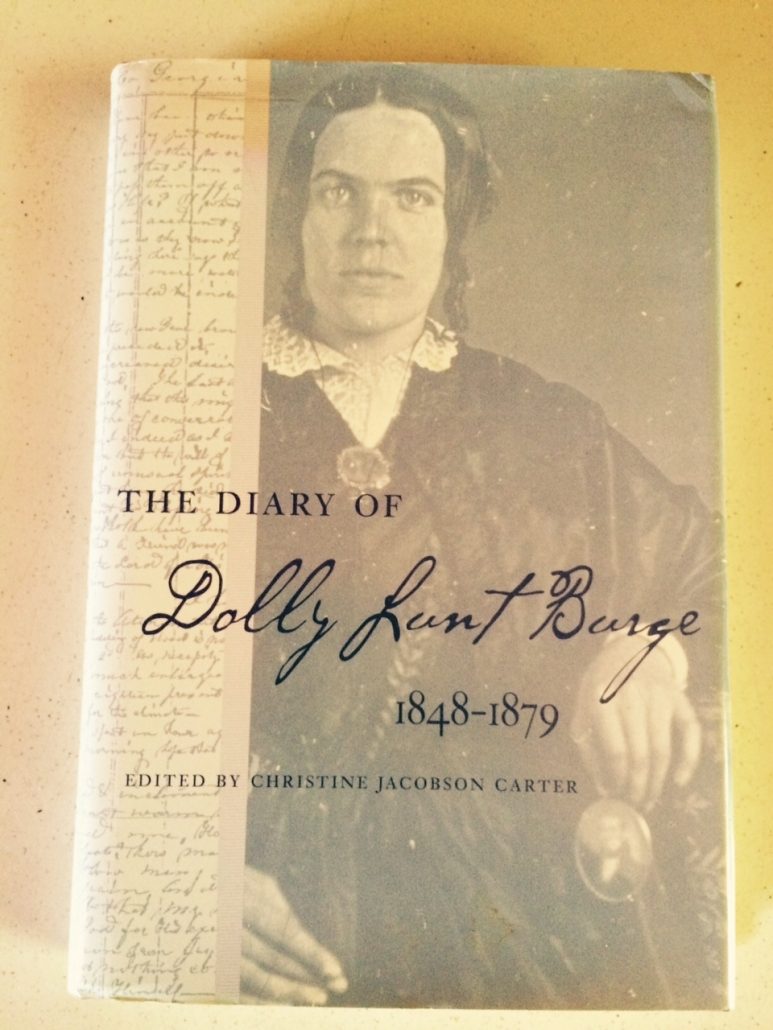 In 1848 Thomas Burge’s wife Mary died, leaving him a widower with five children. In 1850 he married Dolly Lunt Lewis, a widowed schoolteacher originally from Maine who was teaching in Madison, Georgia, and brought her to Burge to share in managing the farm and to be a mother to his children. From 1848 to 1879 Dolly kept a detailed diary which is the source of much of what is known about life at Burge and the neighboring community. The diary and excerpts have been published several times, most recently in 1997 by the University of Georgia Press, as part of the series: “Southern Voices from the Past: Women’s Letters, Diaries, and Writings.” The latest editions, which was edited by a historian at Emory University, includes research and genealogical documentation on the slaves and freed people who lived and worked at Burge throughout the 19th and early 20th centuries. This edition of the diary also benefits from an exceptionally informative and insightful introduction, endnotes, and newly available pictures of both black and white Burges. Dolly and Thomas’ marriage was filled with the activities of a busy farm and a large family, as well as neighborhood and church activities. In 1855 a daughter, Sadai Burge, was born. The Burges were active in the community and became founding members of Mt. Pleasant Methodist Church ( still located at the corner of U.S. 278 and Georgia highway 229, a few miles away). Dolly’s diary shows Burge as a modest and prosperous southern farm, with about 30 slaves in three core families. Dolly mentions the slaves only briefly, although passages in the diary reflect her struggle with the morality of slavery.
1858

The Civil War and Sherman’s Army 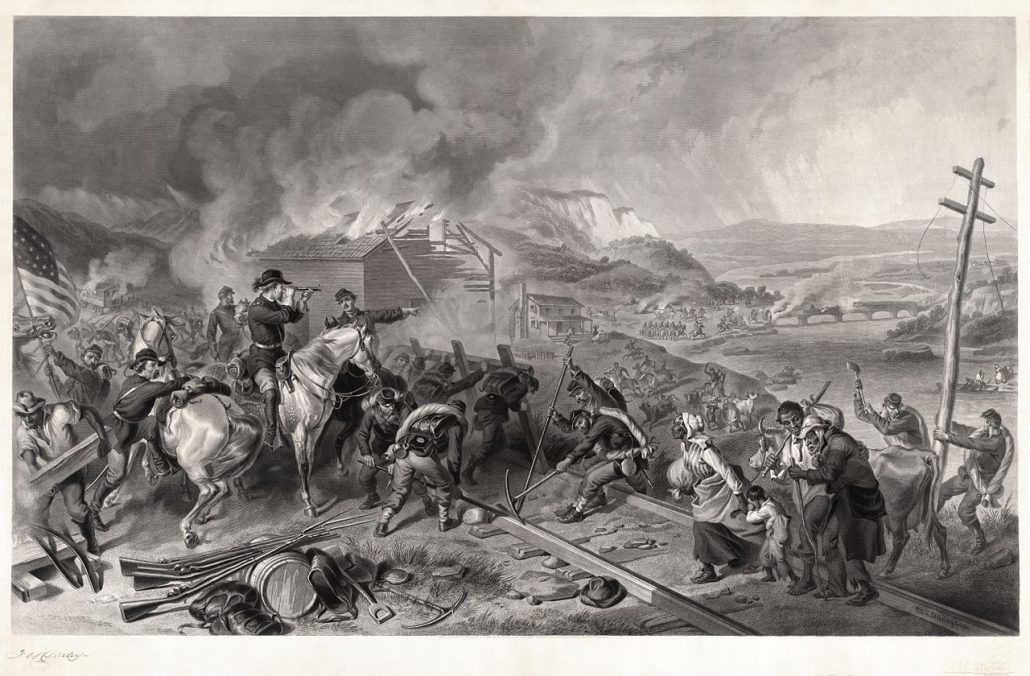 In 1858 Thomas Burge died of tuberculosis, leaving Dolly with sole responsibility for the family and for management of the farm. While the wartime economy imposed hardships, Dolly succeed in maintaining the farm and turning an adequate profit, with the help of overseers, her slave labor, and her own interest and involvement. In November of 1864 the 14th Corps of the left wing of Sherman’s two-pronged march to the sea, accompanied by Sherman himself, swept through and devastated the area, including Burge. Dolly’s entry in her diary November 19, 1864 reads: “…like Demons they rush in. My yards are full. To my smoke house, my Dairy, Pantry, kitchen, and cellar like famished wolves they come, breaking locks and whatever is in their way. “ The house, though ransacked for valuables and food, was not destroyed, thanks in part to the fact that an officer of the Union was acquainted with Dolly’s brother in Chicago. Dolly’s diary graphically details her wartime trials as well as the experiences of others living at Burge and nearby.
1866 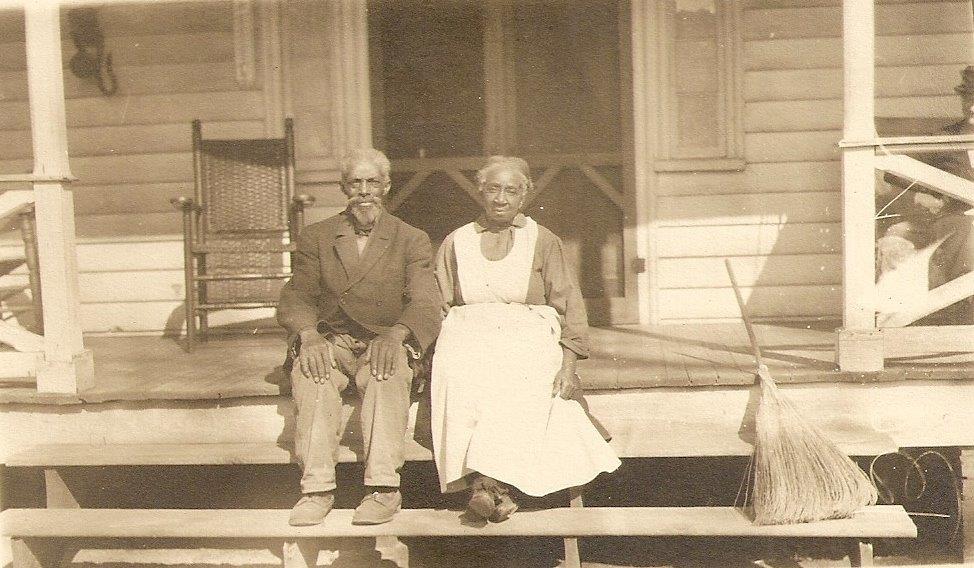 At war’s end some of those who had served at Burge as slave laborers returned as freedmen. Reconstruction times were no easier economically than wartime had been, but Dolly was able to assemble adequate labor to maintain the farm and continue an active life at Burge. In 1866, after eight years of widowhood, Dolly married the Reverend William J. Parks, a longtime family friend and a charter member of the Board of Trustees of Emory College. She moved to his home in Oxford, Georgia, while retaining management of the farm. In 1873 William Parks died and Dolly returned with her daughter Sadai to live at Burge. Two years later, Sadai Burge married the Reverend John Davis Gray, a Methodist minister. In 1887 John Gray died, leaving Sadai a widow with five children. Three years later Dolly died at Burge at the age of 74, leaving the property to her daughter. Scarcely a year later, in 1892, Sadai died, leaving five orphaned children, the oldest of whom was fifteen. The fact that the property was not sold out of the family at this time was remarkable. The children had no money, and went to live temporarily with the Graves family, who served as guardians, at nearby Mt. Pleasant Plantation. (The Mt. Pleasant house still stands near the junction of U.S. highway 278 and Georgia 11.) Sale of Burge was considered in order to support the children, but instead two of the girls went to live in Chicago with Miss Cornelia Lunt, daughter of Dolly’s brother Orrington Lunt, and both boys and the third girl went to live with Lunt relatives in California. With no family members resident in the area to manage or oversee the farm, Burge in the 1890’s became a tenant farming operation with as many as twelve tenant families living on various parts of the farm. Total management and guardianship for some 25 years fell to a remarkable black couple, George and Sidney Gunn, who had been an important part of the administration of the farm since the time of William Park’s death. Sidney was cook and housekeeper and George supervised all the business of the farm, collecting rents, marketing crops, paying bills, and managing the tenant farming operation. The Gunns lived in the family house until their deaths in the 1920’s. Both are buried in the Burge Historic Graveyard in the middle of the farm. Much of the farm today is divided into relatively small fields, a legacy of these tenant farming days.
1920 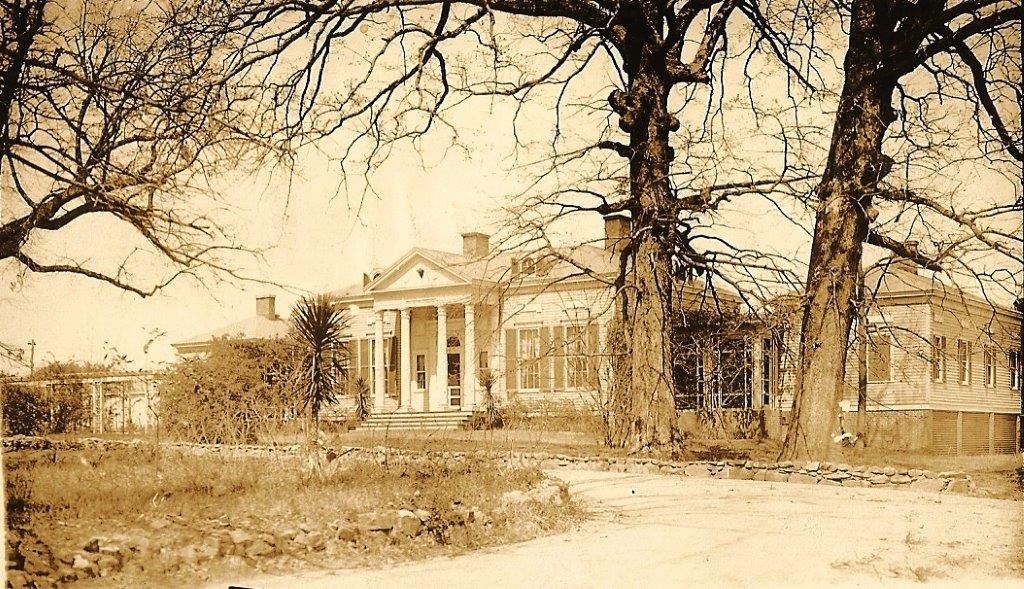 In the early 1900’s, Sadai Burge Gray’s oldest daughter, Ida Gray Morehouse, bought the shares of the family property owned by the other siblings. In 1920 she sold her sister Dorothy Gray Bolton a piece of the property as well as the house, which was moved across the road (now Georgia Highway 142) onto Dorothy’s property. Merritt J. Morehouse, Ida’s husband and a noted Chicago architect then built a lovely house on the site of the old Burge home.
1935 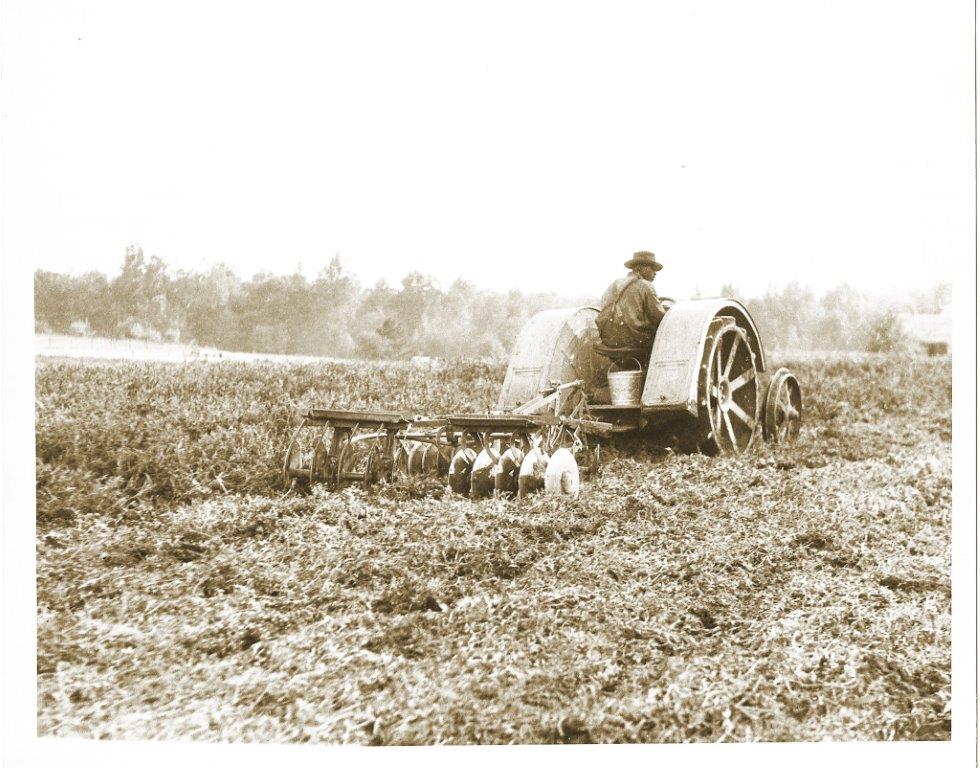 Ida and her husband visited the farm often and for long stays. In about 1935 Merritt Morehouse retired from his architectural practice in Chicago and he and Ida moved to Burge, where they farmed actively and made a showplace of the house and surrounding formal gardens. Merritt Morehouse was a strong and contributing presence in the agricultural community of Newton County and worked hard at again developing Burge into a vital and productive farm. At the same time, Dorothy Gray Bolton and her husband, Louis Davout Bolton, who was an entrepreneur in the burgeoning Detroit automobile industry, retired from Detroit to Burge, where they occupied the original house across the road which they expanded and remodeled. Louis Bolton is still remembered by area residents as an exuberant personality with an infectious laugh and a heartfelt and sincere interest in all members of the community.
1960 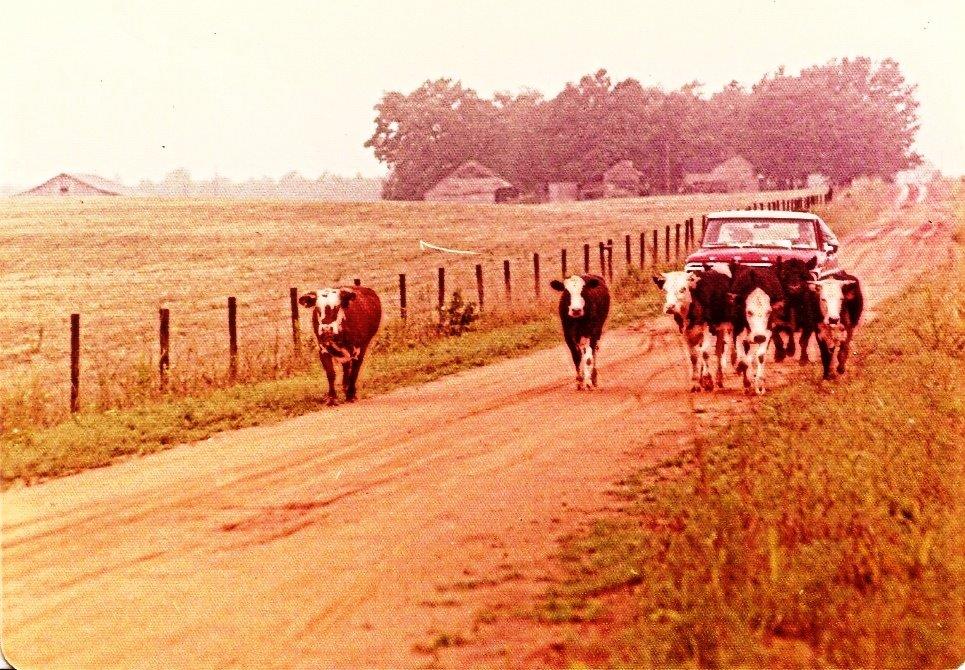 Upon the death of both sisters and their husbands in the 1950’s and 1960’s, the Bolton family sold its holdings, including the old house, while the Morehouses’ only son, M. Dutton Morehouse, inherited and retained ownership of the current family home and the bulk of the Burge acreage. Dutton leased Burge to a dairyman until he and his wife Louise retired to Georgia from Lake Forest, Illinois in 1970, when the farm was converted to a cattle operation and then to hay and other crop production.
1980

Upon their deaths in 1986 and 1991, Dutton and Louise’s son, Alexander Gray Morehouse (Sandy) took responsibility for the management of Burge, subsequently purchasing his siblings’ shares to gain full ownership. Burge in the 1980’s became a private hunting preserve and an entertainment venue for weddings, company picnics, and corporate retreats.
1990 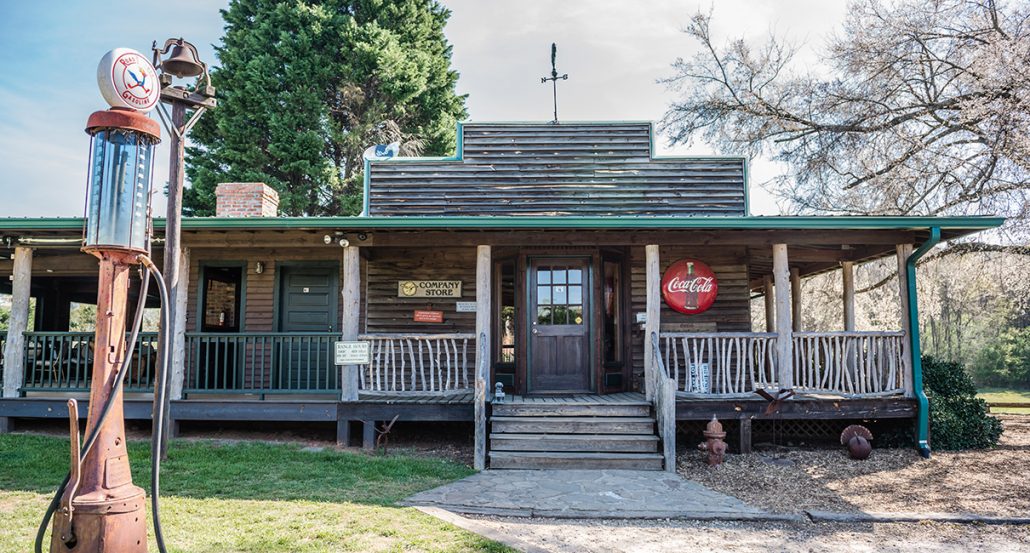 In the 1980’s and 1990’s facilities at Burge were expanded to include cabins located around the farm, as well as a covered pavilion, a lodge, and the Conservatory, a banquet and party facility. In addition a memorial monument has been erected at the historical graveyard located in the middle of the Burge property which contains the remains of many African-American persons who were slaves, former slaves, and freedmen upon whom Burge depended during the 19th and early 20th centuries. Sandy Morehouse and his wife Betsy have three married daughters, Jill, Nancy, and Evie, each of whom with her spouse is devoted to the farm, to its future, and to its developing history. From 1809 to the present Burge has miraculously been passed down from generation to generation within the same family. Some land has been sold and other added. Its current role as a farm, private club, and entertainment facility utilizes well the lovely rolling fields surrounded by pine and cedar trees as well as the now time honored home and outbuildings.